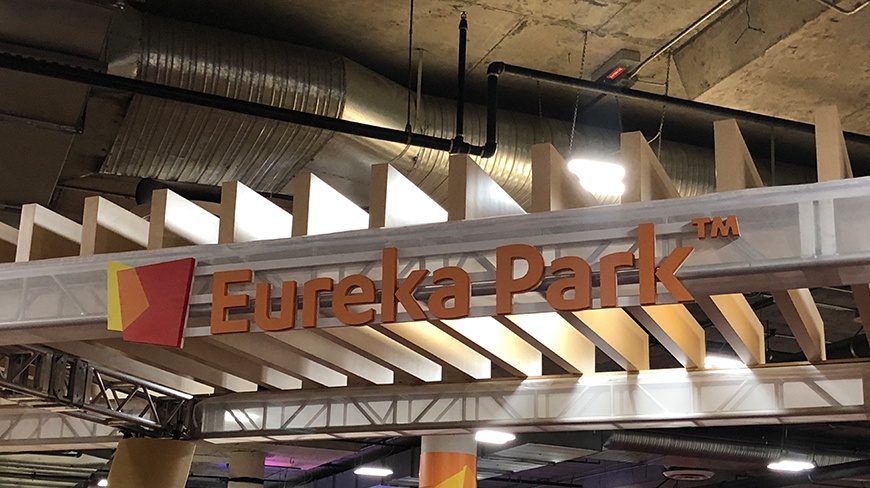 Touring CES Eureka Park With Isobar To Find The Future Of VR, AR

CES in Las Vegas is the land of out-there innovation, as long as show-goers know where to look.

The days of CES being located in one location, such as the Las Vegas Convention Center, are long gone.

The show is now scattered around town, in various official show locations, including the convention center, The Venetian, Aria, Monte Carlo, Wynn Las Vegas and others.

However, each year the very new things are found in what is called Eureka Park, in the basement of the Sands Hotel. The Sands is also where the CES 2018 Innovation Awards are on display (I was one of the judges for the CES awards this year).

Like at CES last year, I did a deep dive into Eureka Park with Leigh Christie, Director, Isobar NowLab Americas, who specializes in AR, VR, IoT and pretty much any technology that’s likely to impact the future of marketing and advertising in any way.

Last year, Christie introduced me to technology that was behind the very early iterations of wireless virtual reality headsets. This year, they arrived.

After our rapid-fire visit to countless startups, I asked Christie for some of his thoughts on the show.

“Eureka park is the best place at CES for innovation,” said Christie. “All the ‘world's firsts’ and most disruptive technology projects are based there. I was surprised by the large number of augmented reality heads-up displays and counted at least a half dozen at Eureka Park alone. Improvements are coming out fast and the race is on.”

While still not mass adopted, the technology behind VR continues to advance as prices continue to decline.

At one display, Christie had me try some very light, wireless gloves that provided, with a high degree of accuracy, location of objects within a VR experience and the ability to select objects and interact with them.

“We are seeing improved resolutions, increased field-of-view, less chromatic aberration and more stable, inside-out tracking,” said Christie. “That said, most of these AR headset companies will not survive. They are up against Magic Leap and Microsoft, not to mention HTC Vive and Oculus Rift, assuming these top-of-the-line VR systems can be converted to AR with the advent of low latency (high speed), pass-through video.”

I asked Christie if he noticed any shifts in market directions this time around.

“Two huge trends I noticed: hearables and markerless-AR,” he said

“Hearables are basically smart headphones. This is essentially an emerging touchpoint for consumers to interact with brands. That's why it's so exciting. The same thing happened with the smartphone. And with hundreds or even thousands of devices supporting Amazon's Alexa and Google Assistant, it's not out of the question that we could be having lengthy conversations with artificially intelligent personal assistants via our hearables in the very near future.

"Markerless-AR is just AR, only no markers are required to get depth information and track objects. This industry is moving much faster than most people predicted. Google's ARCore, for example, only requires a single camera to function. We'll be able to track pretty much anything or everything with just a few dollars’ worth of parts, plus some artificial intelligence on the computer vision's software side."

What to expect at CES next year?

“CES 2019 will bring a lot more AI powered devices,” said Christie. “It's already a huge trend, but it's accelerating much faster than pretty much any other CES trend.”

Looking forward to our next Eureka Park trip at CES 2019.

This article was originally published in MediaPost.