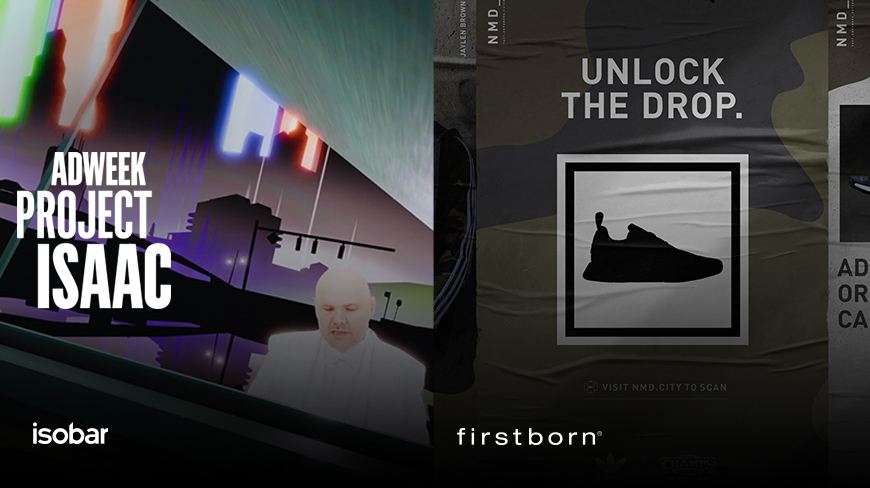 Each year Adweek’s Project Isaac Awards honor those who answer a craving for invention, that rare quality and the heart of truly standout work.  This year, the Isobar Group U.S. was lucky enough to have two of its agencies included amongst the honorees. Isobar was recognized in the ‘Media: AR/VR Invention’ category for Aeronaut, its room-scale, immersive VR experience created for Smashing Pumpkins’ William Patrick Corgan.  Firstborn was recognized in the ‘Media: Mobile Invention’ category for its Adidas AR work, Hidden in Plain Sight.

Both Firstborn and Isobar pride themselves on their ability to stay ahead of the curve when it comes to innovation and emerging technologies and this recognition underscores that commitment.  While many agencies are starting to dip their toes into VR and AR experiences, Firstborn and Isobar have long been exploring those worlds and these awards prove that they’re excelling.

As noted in Adweek’s announcement, “Aeronaut, the VR video for Smashing Pumpkins frontman Billy Corgan’s solo album, Ogilala, is a virtual-reality feat. The room-scale experience was filmed using 106 cameras and blends 2D content inside a 3D VR world that viewers can experience from their own perspective, heightening the impact of lyrics that touch on loss and mourning. But for all the innovation that came from a partnership with Google, Viacom and Isobar, it’s the emotional impact that most resonates, says Dave Meeker, executive producer of “Aeronaut” and chief innovation officer at Isobar. ‘It is very moving. What began as technical exploration became a very meaningful experience that taps into something very human.’”

Rae Ann Ferra describes Firstborn’s work in Adweek as well, “With long lines and predatory resellers, shoe releases have become a drag for sneaker aficionados. Adidas, Champs Sports and Firstborn changed that bummer of a reality with ‘Hidden in Plain Sight,’ a series of WebAR-enabled wild postings that for a month in early 2019 turned street corners into drop zones for new kicks. Fans who found the posters could explore and purchase directly from the experience. Firstborn chief creative officer Dave Snyder says the drop was ‘successful beyond expectations.’ It generated almost 36 million impressions, average engagement was 2 minutes 45 seconds with 87% conversion and the NMD Camo saw a 168% lift in sales. And most important, only real fans got their hands on the new product.”

The Isobar Group U.S. is honored to have been recognized in such a prestigious competition and we continue to put forward groundbreaking, innovative work that allows consumers to rethink the way they approach every day life.