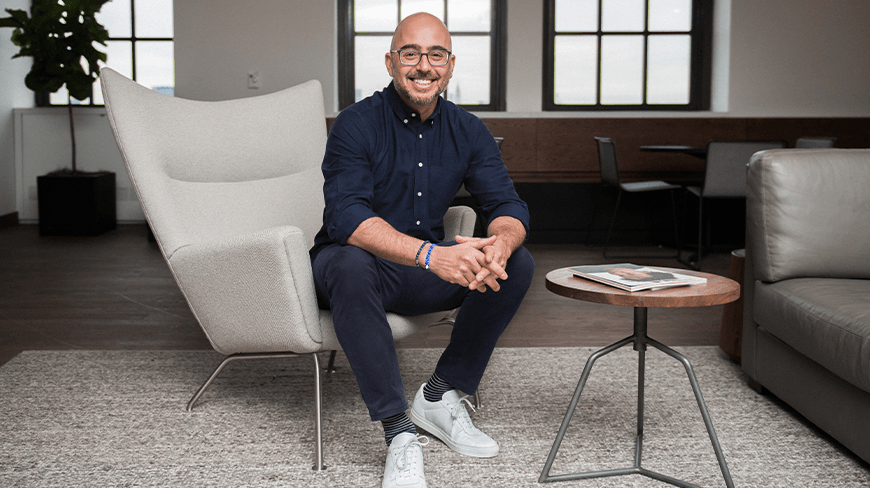 Today we announce the promotion of Ricardo Salema from Executive Creative Director to the newly created role of Chief Creative Officer.  Salema will continue to report to Isobar U.S. CEO, Deb Boyda.  The creation of this new position, followed by the hire of Ronald Ng as Global Chief Creative Officer, underscores Isobar’s commitment to maintaining its status as the preeminent experience-led transformation agency, powered by creativity.

In his new role, Salema will work more closely with Isobar’s other officers and discipline directors on growth and development plans while continuing to manage the day-to-day operations of the U.S. creative team.  In addition, he will work alongside Ng to align on global creative initiatives and goals, such as raising awareness of the agency’s creative capabilities and prowess.

Senior U.S. creative leads and directors will continue to report into Salema.  There are no immediate plans to hire someone for his previous role.

“We pride ourselves on our ability to provide clients with the most innovative solutions,” said Deb Boyda.  “Innovative solutions don’t happen without top-notch creative.  While many of our competitors focus on the ‘digital’ part of the transformation, they often let the creative go by the wayside.  We understand that without exceptional creative ideas, transformations will fall short of their potential. Elevating Ricardo to Chief Creative Officer empowers him to further perpetuate this mindset across the agency.”

Salema joined Isobar 12 years ago as a Creative Director and worked his way up the ranks.  Throughout his tenure, he has worked with Isobar’s marquee clients, including adidas, HBO, Royal Caribbean, NBC Universal, Sotheby’s, Zwilling and Shiseido.  Throughout his career, Salema has worked on a number of award-winning projects, including, most recently, the Cannes Lions Grand Prix-winning Aeronaut.

“We have an ambition that can only be achieved through creativity. This is the responsibility of everyone at the agency,” said Salema.  “Modern creativity requires more than the traditional agency creative team to make it happen. It needs individuals who recognize that and have a commitment to make it happen.  I’m thrilled to further my work as a representative and champion of our creative people, craft and soul.”

“Ricardo’s proven record in helping brands win with transformative experiences makes him a rarity in this industry. He’s a true team player with a natural flair for bringing the best out of people,” said Ronald Ng. “Our clients and teams love him, and this promotion establishes the pivotal role Ricardo plays at Isobar.”