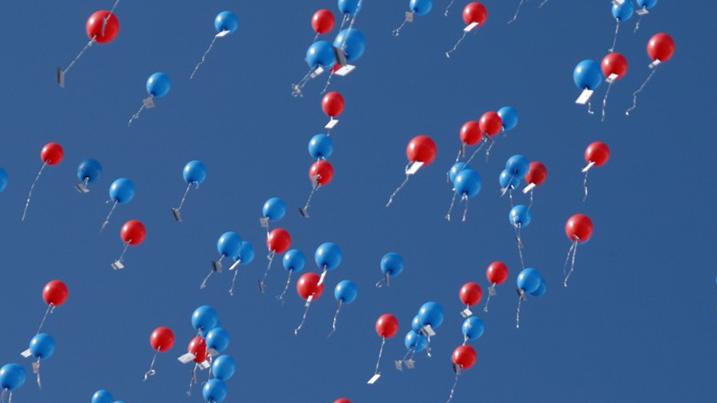 By: Geoff Cubitt, Isobar US Co-CEO

Right now it’s a real horse race between Trump and Clinton and, with Election Day closing in, each candidate needs to fight hard for those uncommitted voters. But with so much already on the table, is there anything left they can do to get the edge heading into Sunday’s Presidential Debate? They answer is decisively, yes. The candidates have yet to tap into emotional science. Until now.

Using MindSight (an emotional testing tool) on likely voters, we revealed how people truly feel about Trump and Clinton and how each of their campaigns can leverage these insights to win over the uncommitted voters. Emotional Science takes the rational brain out of the mix, just looking at what people actually feel – the true determining factor behind all decisions. Utilizing a rapid stream of images that are mapped to emotions, we can identify underlying feelings by asking users to select images within 800 milliseconds - the time before the rational brain kicks in. The candidate that leverage the following can come out of the next debate with an inside path to the White House.

Currently, Americans are overwhelmingly dissatisfied and uncomfortable with the direction we are headed as indicated by the 73% of emotions expressed that came back negative. This high level of dissatisfaction may explain the rise of non-traditional candidates like Trump and Bernie Sanders. In fact, although both the Trump and Clinton supporters are negative, the Trump supporters are even more so, 78% negative vs. 62% for Clinton.

The top three concerns of potential voters are: personal Security, disempowerment, and Failure. While this is true for both Trump and Clinton supporters, it is far more extreme in the Trump camp.

At this point in the race, many of the voters are committed, but there is still a significant amount of “uncommitted” voters who, for one reason or another, can’t seem to put a stake in the ground for either candidate. These are the ones who matter - the voters that Trump and Clinton need to be honing in on this Sunday. 25% of “unconvinced” Trump voters and 19% of “unconvinced” Clinton voters are still in play.

For the Trump voters still in play, Trump’s independent, unique style carried over to the most positive aspiration these voters felt about a Trump presidency; that they’d feel a greater sense of personal identity should he take office. Not surprisingly they felt like they’d feel a greater sense of personal achievement from the “Make America Great Again” guy, but, more interestingly, they felt like he’d also bring a greater sense of belonging and community. Trump should play on this emotion and work to convince undecided voters that he wants to bring the country together.

A key concern that they had about a potential Trump presidency was around disempowerment. While they may feel that Trump will be a powerful leader, it’s not translating to their personal sense of power. Security and achievement continue to be key concerns among voters, which, for all his efforts, Trump has failed ameliorate with this group.

For the Clinton voters in play, the number one positive feeling revealed about the prospect of a Clinton presidency is an increased sense of empowerment. They hope she can put power back in the hands of the people. Because this is one of the top concerns across all voters, it should be a key point of emphasis for her this Sunday.

Concerns of likely Clinton voters show that she too has not adequately addressed voter’s worries around security and achievement. Shockingly, Clinton leaning voters are fearful that she will lead to a loss of their personal identity. This can likely be attributed to Clinton’s focus on policies and her tendency to refer to people in terms of groups, like the poor or the working class.

Donald Trump should stay on message – continuing his focus on “Making America Great Again,” "Making America Safe Again” and keeping his iconoclastic style as the un-politician. He should, however, change his emotional tone:

Don’t Overplay Anger: less focus on re-enforcing people’s frustrations and more on how he will empower individuals to achieve success

Hilary Clinton should tighten her message – emphasizing how she will put the power back in the hands of the people, recognizing the power of American individuality, and bringing people together to be a “Powerful Unity of Our Diversity.” She too should change her emotional tone:

Be More “Person Centered”: Include more individual stories in her narratives, giving the sense that she is oriented to people as individuals

The candidate that can build stronger emotional connections that are aligned with the hopes and fears of in-play voters, will win the debate and the White House.

This article was originally published in The Drum.