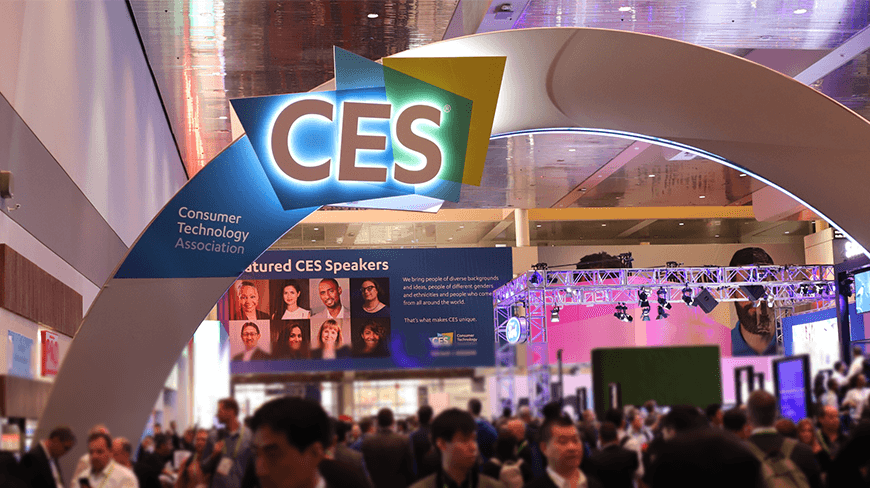 On The CES 2018 Show Floor, The Technology Is Always Listening

GroupM Chairman Irwin Gotlieb has always had an intuitive eye for technology. He’s been applying it to the CES show floor since the 1970s, when it was called the Comdex computer expo show and disc drives sold for $400,000.

Gotlieb began offering his knowledge to clients, vendors and other partners on his legendary floor tours back in the ’70s, when a group of clients got lost in an area dedicated to Mandarin-speaking attendees.

“When I saw my colleagues waste a day, I said, ‘We’re going to walk around, and I'm going to give you explanations,’” he said. “’Your homework: Figure out what to come back and look at in detail.’”

On one of his seven tours this week, Gotlieb led clients from Google and its media agency, Essence, on a deepdive through CES’ key themes for marketers: improved TV screen displays, evolved computing power and 5G connectivity – all of which will overlap to enable the future of consumer technology.

“The AI and machine-learning capabilities are mindboggling,” he said. “We’re now looking at thousandfold increases in speed. The barrier to entry is down and the tool set is growing.”

Quantum computing’s ability to rapidly process huge amounts of data will bring an AI-powered IoT to the mainstream. Smart cars and connected appliances were prominent on the show floor, with Samsung, Huawei, LG and Haier displaying hardware with Alexa and Google Assistant baked in.

“We’re predicting a triopoly between Siri, Alexa and Google [in the connected home space],” Gotlieb said. “Those three will achieve ubiquity in total, and that will be the end of that.”

But it’s not until 5G wireless takes off that machines will be able to speak to each other.

While 5G is “one of the key things on the horizon,” Gotlieb said, it will require and investment of more than $1 trillion in fiber connectivity over the next five years to become a reality. That will be difficult to achieve with telcos racing to the bottom on price; by 2020, only 25% of the US will have 5G internet speeds.

“In 2017, we said, ‘Keep an eye on voice.’ People thought we were crazy,” said Michael Bassik, managing director and president of digital operations at MDC Partners. “This year, everything you’ll see has voice embedded in it.”

Voice will also enable the connected home, where an ecosystem of products like smart ovens, refrigerators, dishwashers and mirrors will communicate with one another to automate cooking and cleaning while helping consumers monitor their biometrics and health.

“As these computers collaborate more, data won’t be as siloed,” Bassik said. “We don’t need [connected devices] in hubs. We want it everywhere.”

And with voice assistants, automakers are rethinking their value to consumers beyond getting them from point A to point B. Toyota, for example, integrates connected cars with social and online booking platforms to know more about consumer preferences and where they may want to go.

“Toyota, the No. 1 auto manufacturer in the world, wants to do more than just cars,” Bassik said. “They want to be a mobility company.”

Eureka Park, CES’ startup exhibition, had a lot of noise around unscaled technologies like clunky VR headsets. But for Leigh Christie, director of Isobar’s research and development unit, NowLab, connected headphones were the most relevant products for brands.

Consumers haven’t been quick to adapt to wearables, but they don’t mind wearing headphones, Christie said. While high-end connected headsets will remain ad-free, many will be subsidized by advertisers to bring down the cost of the technology.

“It’s in the interest of the AI ecosystem to [sell] as many of these as possible,” he said. “You’ll need enormous amounts of information to create strong network effects, and the more users you’ll have, the more information you’ll get.”

Once the barrier to entry drops, Christie sees brands like Disney or Coca-Cola white-labeling connected headset technology from manufacturers to whisper in consumers’ ears.

This article was originally published in AdExchanger.