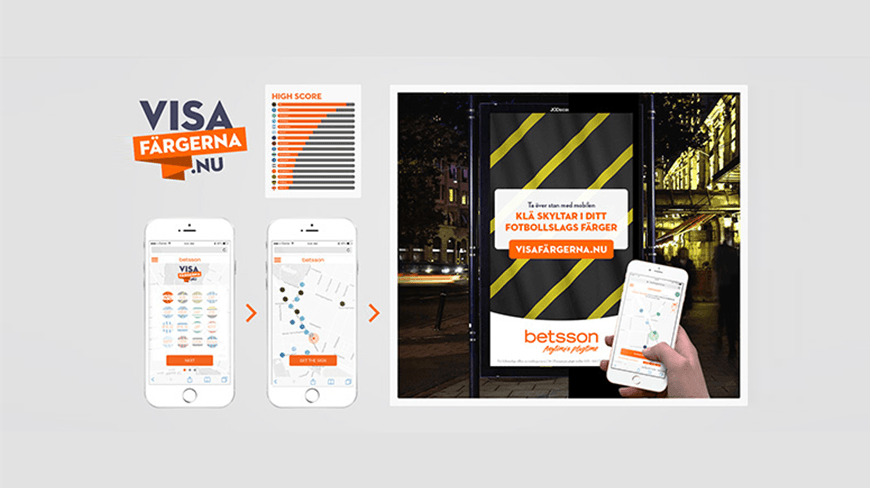 Isobar Sweden has won Silver at the prestigious Guldägget (The Golden Egg) Awards for Show Your Colours, a campaign for betting company, Betsson. The Swedish Association of Communication Agencies has organised The Golden Egg Award since 1961, making it Sweden’s oldest, largest and most prestigious creative award for the advertising industry.

The team’s winning work for Betsson in answer to a complex brand challenge - to be the number one betting company associated with Allsvenskan – Sweden’s top football division – in a market which is highly saturated.

To break through this noise, Isobar needed to come up with something out of the ordinary. Based on the insight that football fans are passionate about their teams, and are willing to do almost anything for them, Isobar launched a game called Show Your Colours.

During the campaign, the number of Allsvenskan bets placed on Betsson rocketed by 410%, and new customers also increased by 21% compared to the premiere weekend of Allsvenskan last year, beating the targets set prior to the campaign.

To find out more about the award and the work, contact Carl Lundgren.