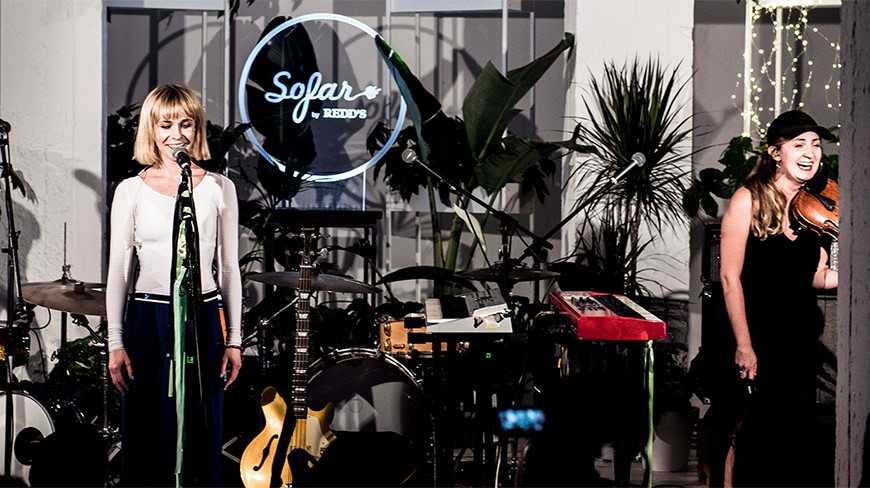 The Sofar by Redd`s concert — a feast for the ears, soul and palate

Isobar responsible for the Sofar by Redd`s concert for Kompania Piwowarska.

Sofar Sounds Warsaw is a concept of chamber concerts which originally comes from London. Each musical meeting takes place in an intimate space: private apartments, galleries, even used book stores. There are usually 3 musicians performing at these secret concerts. The audience does not learn who they are until the beginning of the concert. Thanks to the small number of chosen participants and unique spaces, an intimate vibe appears between the artists and the audience.

The concept of Redd’s partnership with the Sofar Sounds Warsaw concert, which was created by Isobar Group Poland, reaches directly the target group. The new product is placed in a very natural context: among a group of people who have met to listen to music, meet someone new, spend their free time in an alternative way. Sofar by Redd’s is also an opportunity to show the benefits of the beer — a new, dryer taste balancing the brand’s portfolio — and to encourage people to experiment and to experience new things in different circumstances.

The Sofar by Redd`s concert took place on the 8th of June on 3 Mysia Street. Three young artists took part in it: Linia Nocna, Ina West, Pola Chobot & Adam Baran. The event was broadcast live on Redd’s’ FB channel. Interviews with the artists and the audience members were conducted during the broadcast, which created a relaxed, free and natural atmosphere of a get-together.

Isobar Poland Group was responsible for Redd’s’ partnership in the organization of the Sofar Sounds Warsaw concert — from the concept of the cooperation of the two brands, through establishing that cooperation, to designing the decorations/branding, and producing the FB live broadcast.