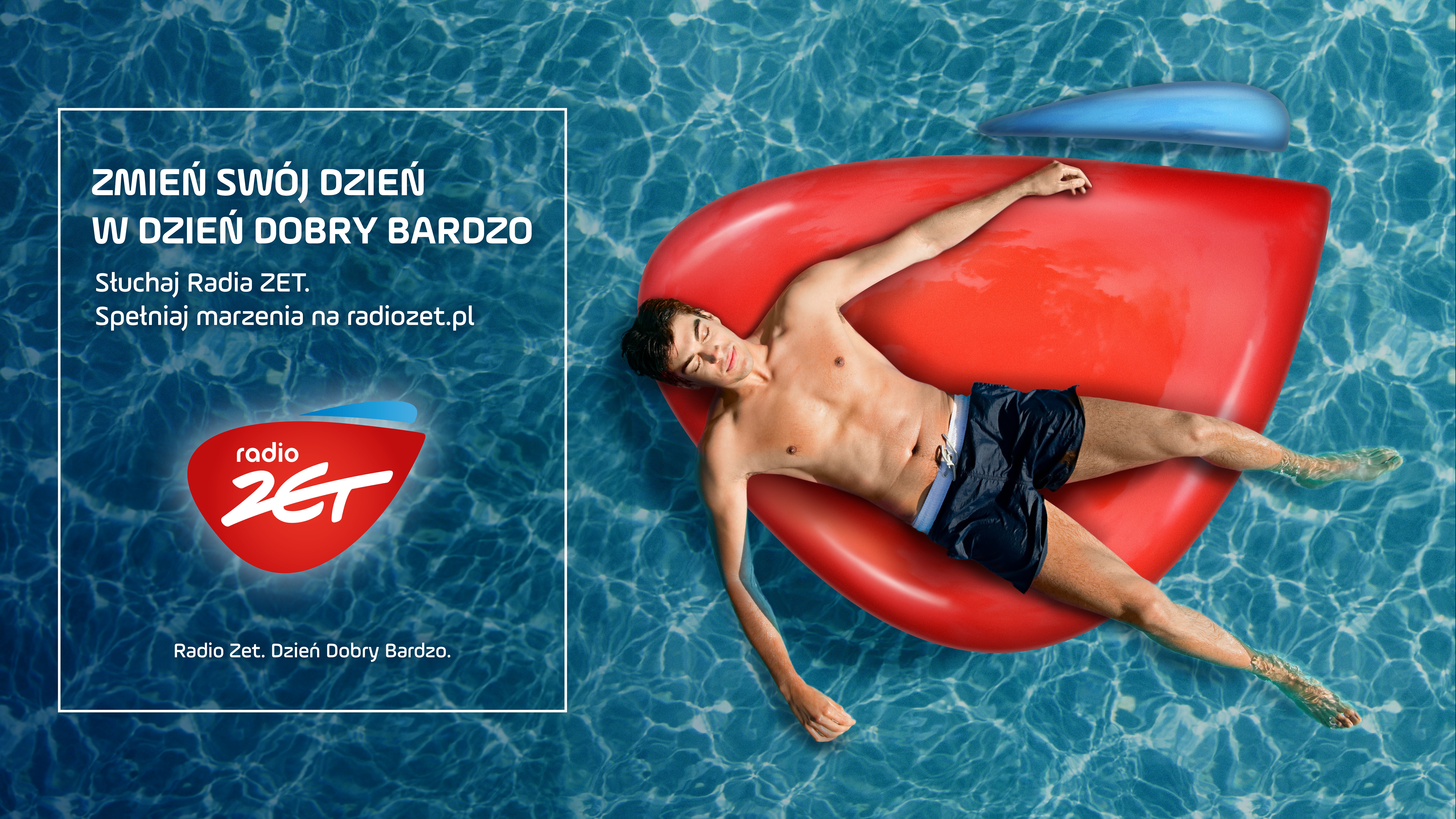 “Turn your morning into a very good morning”. With this slogan, on the 1st of October, Radio ZET begins its campaign with a new on-air game. Every morning Agnieszka Kołodziejska and Tomasz Florkiewicz in "Very good morning" will make one of their listener’s dreams come true.

The campaign will be conducted based on the 360-degree format. It will include television (TVN, Polsat, TVP1, TVP2, TV Puls and special interest channels), web portals (Onet, Wirtualną Polska, Interia), social media (Facebook and Instagram), multiplex chains Multikino and Helios, DOOH media in cities across Poland, as well as ambient advertising.

“Radio ZET makes dreams come true” is a new on-air game in which every day, Monday through Friday, presenters of "Very good morning" will make a dream come true for one of their listeners who signed up on radiozet.pl.

At the same time, Kamil Nosel will take to the streets of Poland with questions about our dreams. He will visit the residents of Gdańsk, Łódź, Katowice and Kraków. His street survey will be the subject of a film "The Dreams of Poles – Collected Works", which will be screened at the end of the campaign.  Radio ZET will broadcast Nosela’s unique accounts, as always best taken with a grain of salt.

Fulfilling your dreams turns your day into a very good day – that is the message of our newest Radio ZET campaign. This way we want to remind our listeners what dreams are and how they can change our everyday lives. Every day in the morning programme – "Very good morning" – we will make one dream come true, no matter how demanding, says Agnieszka Szozda, Marketing Director at Eurozet.

The campaign was created on the basis of the report: "What do Poles dream about?”, conducted by GfK Polonia, commissioned by Radio ZET. Its results will be presented during the station’s morning broadcast. The campaign’s creative concept was developed by Isobar agency, part of the Dentsu Aegis Network Poland, while Papaya Films was responsible for the production. The Media campaign was planned by ZenithOptimedia Group and the Eurozet Online Department.