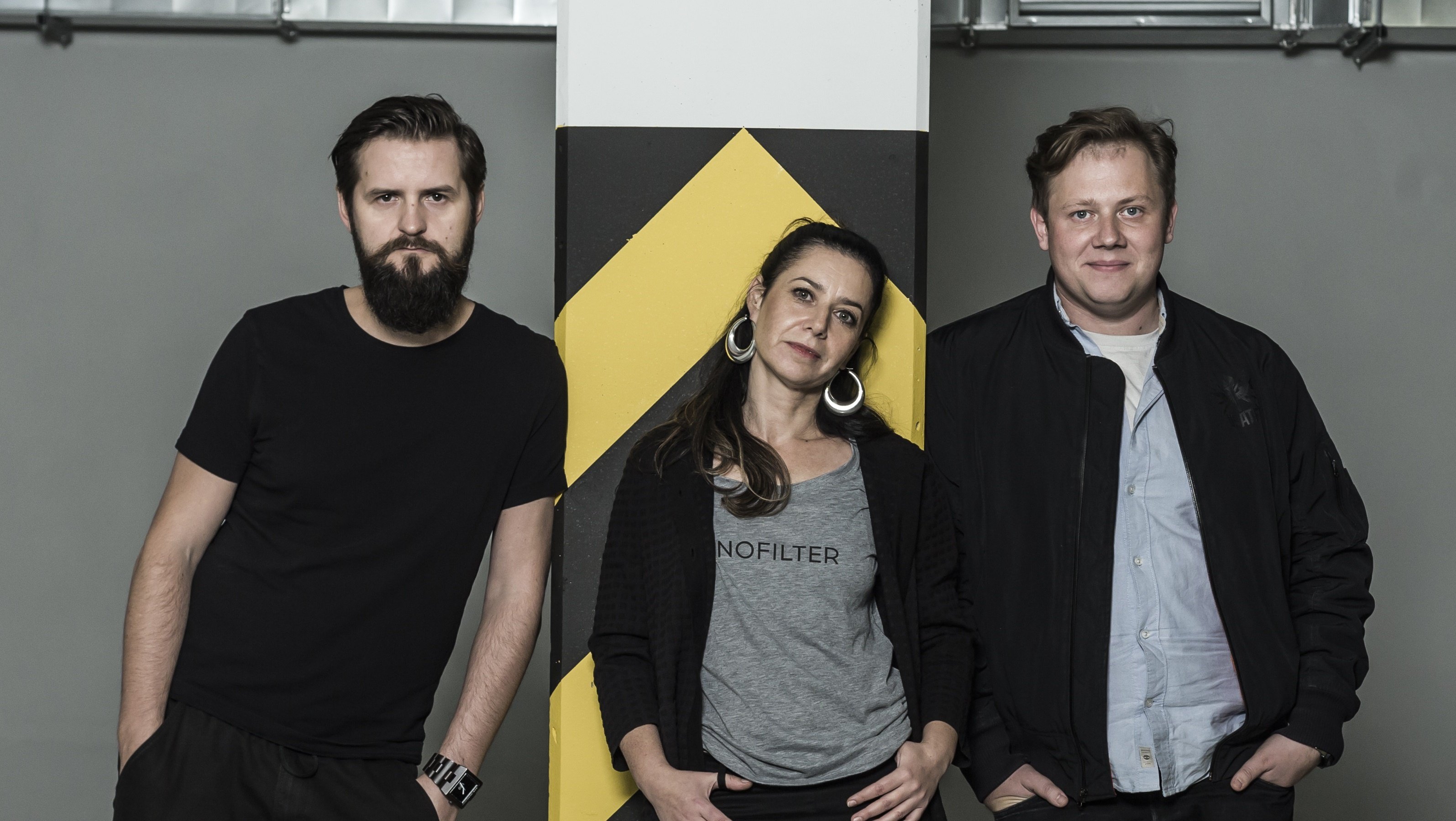 Joanna Biernacka, Maciej Kozina and Bart Biały have been promoted to the positions of deputy creative directors at Isobar Polska. Yuri Drabent is leaving the company.

The Isobar agency owned by Dentsu Aegis Network Polska has established the positions of deputy creative directors. The newly created positions were filled by experienced creative staff: Joanna Biernacka, Maciek Kozina and Bart Biały, who up to this point have held the titles of creative group heads. The agency also announced the departure of Yuri Drabent, who for the past year and a half served as creative director.

The last few years at Dentsu Aegis Network Polska, first as the creative director of Lubię to, and then of Isobar, I had a great time. I am leaving because work in advertising no longer gives me pleasure. And for me, work without pleasure does not make sense. I leave a vast speeding ship in very capable hands of Joanna, Bart and Maciek, and I am off to another adventure, says Drabent.

Working with Yuri was a great pleasure for all of us. His enthusiasm made dealing with challenges, of which there are plenty in our industry, much easier. Everyone at Isobar wishes him well in his future professional endeavours. Joanna, Bart and Maciek are very experienced creative individuals, recognised at national and international festivals. They are an undeniable asset in that their ideas respond to the business needs of our customers, and that they are very familiar with our company where they are all in management positions, says Artur Manista, Isobar VP Business Development.

Joanna Biernacka joined Isobar Polska in May of last year. She has been working in advertising business since 1998. She has gained experience working for such agencies as Ammirati Puris Lintas, Leo Burnett, G7 and Ogilvy & Mather. Winner of multiple national and international advertising competitions: Cannes Liones (gold and silver Lion), Golden Drum (several gold statuettes), Epica Awards (gold), Effie (including Grand Prix), The Sabre Awards (silver) and all colours of KTR statuettes (including two nominations for the Grand Prix). She co-created such recognisable campaigns as "Polish Language is Ą-Ę," "Fail Hitler", a campaign launching nju mobile, and a campaign introducing the Heyah brand on the market.

Maciek Kozina joined Isobar Polska two years ago. He is one of the most frequently awarded creatives in Poland, and co-author of such projects as "Waiting Signs of Hope" (ITAKA Foundation), "Very good manners" (Polish Red Cross), " Kibicuj Paczką" (Cheer with the Pack) (Tic Tac), and "100 playgrounds for 100 years of NIVEA " (NIVEA). Campaigns which he co-founded won awards at the biggest national and international advertising competitions: Cannes Lions (silver and bronze Lion), D&AD, Golden Drum (including Grand Prix), Eurobest, Effie, KTR (including gold for the campaign of the year), and Innovation Ad (including Grand Prix). Previously, he worked at FCB Warsaw, Change Integrated, Cheil Poland and 180 Heartbeats + Jung v. Matt.

Bartosz Biały has been working in advertising since 1998. He joined the team at Isobar in July, 2015. Originally, as the studio director, he was responsible for a team of designers working for the agency. Later, as a creative group head, he was responsible for one of the creative teams. Prior to Isobar he worked at Lowe GGK, where he was head of design and a senior art director. Previously he worked with Mather Communications, McCann Erickson (now McCann Worldgroup), Grandes Kochonos, TBWA\HAGER (now TBWA), and the no longer active Tchaikovsky & Brajdić.