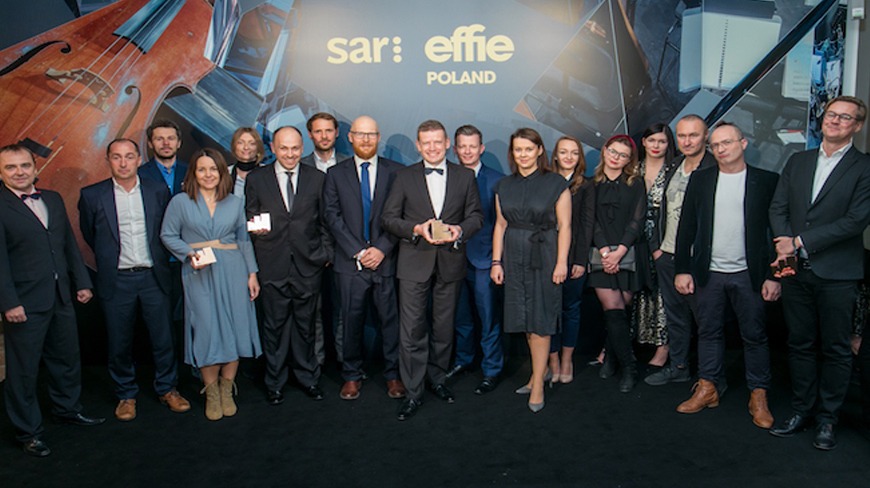 „Wszystko, co ważne” campaign for Škoda won the Effie bronze award in the automotive industry category. The campaign was meant to strengthen the new position of the industry’s leading brand. The campaign, as seen on TV, in cinemas and digital channels, was focused on portraying Škoda as the perfect brand for a modern family. The ads were based on the idea „Wszystko, co ważne” (“All that’s important”) and told the story of different life goals, important events and hobbies. Škoda’s role in that respect is simple – supporting its users and their priorities thanks to modern technologies, all with safety and comfort.

"Durex Emoji działa między słowami” (“Durex Emoji works between the lines”) for Durex brand (Reckitt Benckiser) won a Bronze Award in the beauty & care category. The tongue-in-cheek character of the assets was meant to help convey sexual expectations between partners. The product packaging featured a set of suggestive icons for making each foreplay more interesting and non-verbal. Held in Poland and Baltic states, the campaign was comprised of TV ads, as well as various activities across digital channels.

Critically acclaimed „2forU Stories” campaign made by Isobar for McDonald’s Poland was also appreciated by the jury, as it claimed the Bronze Award in the services category. Targeted at Generation „Z”, split between social media activities and real-life issues, the campaign made use of Instagram’s native functions. In order to reach the „z’s”, it advertised the „2forU” autumn promotion dedicated to Instagram and McDonald’s platforms. To ensure a healthy rivalry, the promo codes were made to expire after a 24-hour period. The campaign yielded 35 15-second Instastories videos focused on the daily offers. It’s also worth mentioning that it had the first ever TV ad filmed with a smartphone.


In addition to the awards in the main competition, Isobar Poland also made it to the list of 20 most effective agencies in the history of the Effie competition, which was created on the occasion of the 20th anniversary of the competition in Poland.