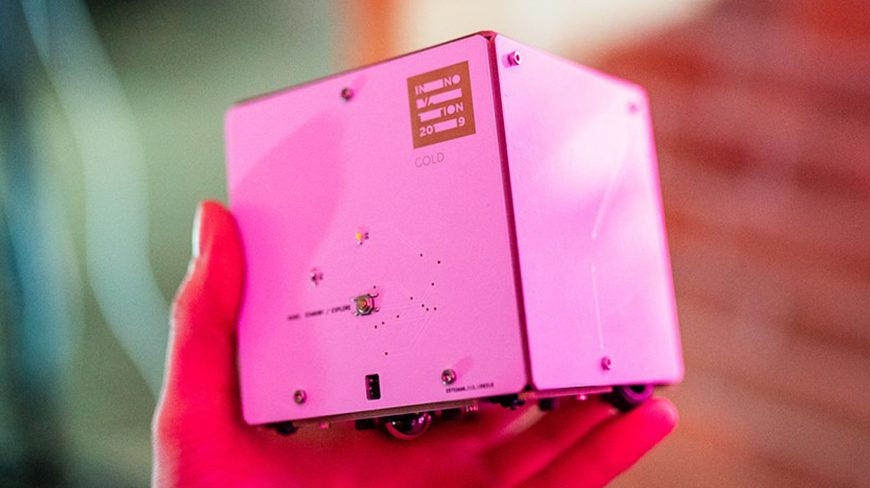 Isobar Poland gets a bronze, silver and gold award in the Innovation Festival

On 15 April, the awards ceremony of this year’s Innovation contest took place. The contest is organized by Stowarzyszenie Komunikacji Marketingowej SAR. The campaigns entered by Isobar Poland were appreciated by the jury in three categories and received a bronze, silver and gold award.

Prepared in cooperation with the production house Propeller Film and the media house PDH Rocket, the campaign 'Bovska Skoda Fabia LIVE' received a silver award in the category 'Innovative media — media and advertising formats'.
To promote the new ŠKODA FABIA model, Isobar created the strategy and delivered an integrated campaign, that included production of a 60-second spot shot live, in one take. The ‘mastershot’ was broadcast simultaneously on TVN television and main online polish news services including Gazeta.pl, WP.pl, Facebook and YouTube platforms, influencer channels, Cinema City Arkadia cinema and on TV screens in MediaMarkt store.

The advertisement features Bovska, a young Polish musician singing 'You Got It' by Roy Oribson to ensure it resonated both with the ŠKODA FABIA older target demographic, and younger, safety conscious consumers.

On Saturday 6th of October, during the ad break of “Got Talent” on TVN, viewers watched the unique film, created and broadcast live. Online viewers could also watch ‘behind the scenes’, and watch interviews with Rafał Masny from AbstrachujeTV who was directing the production. Immediately following the 60-second commercial, Bovska opened a concert to promote the new album 'Kęsy' on Gazeta.pl, WP.pl and in social media to launch the artist's concert tour.

For McDonald’s Poland, 2forU – a value-for-money combination of one of the basic burgers and a small beverage or small fries – is a large piece of portfolio, as well as a means to generate the guest count. However, the range of fast food brands’ low-priced offers for youngsters is widening day by day, so striving for attention and engagement of young people is a constant fight. In light of the above, the Polish branch of McDonald's decided to implement a special 2forU promotion that they believed would be the most effective for their business. It consisted in the daily publication of promotional coupons in McDonald’s mobile application. The Isobar’s task was to create a digital campaign to promote it.

The „2forU Stories” campaign has reached 5.5 million people in social media, which accounts for almost 70% of the target group. An innovative, „literal” application of Instagram Stories – one of the most popular mobile tools –and its characteristics, on various other channels, resulted in the image of McDonald’s product being refreshed. It attracted the attention of youngsters and boosted their engagement. The content that we carefully tailored to the target audience made them perceive the brand as more surprising and modern, yet affordable and profiled to their interests and behaviour. All this has positively influenced the business results. The campaign increased McDonald’s app downloads nationwide by 55%, but what’s most important, it renewed the consumers’ interest in the product. Over its course, the guest count rose over 3,4% and, in comparison to the same period last year, the increase in sales reached a whopping 14%.

Innovation is a contest aimed at business, technological circles as well as companies from the marketing or media sector. The jury of the contest awards both projects, services and solutions which change the world globally, and small but effective and innovative ideas. Apart from technology, the contest’s organizers appreciate also public service campaigns and CSR-related actions, which results in a catalogue of the best Polish innovations of the previous year. The jury of this year’s edition was headed by Ewa Wołodźko, CMO Microsoft Poland.