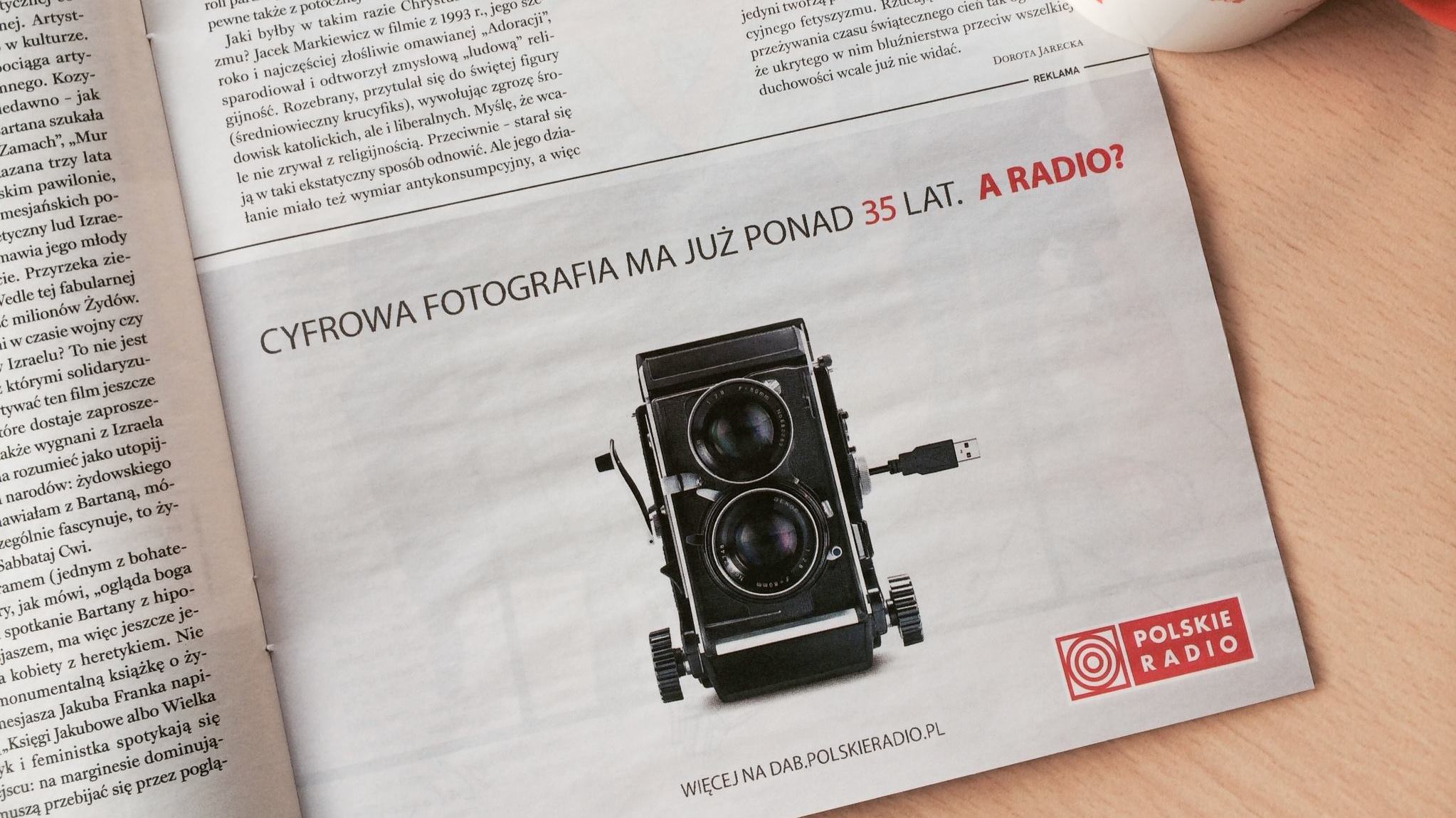 The campaign promoting the digitisation of the Polish Radio has started. Creative activities, production, planning and purchase of media are the responsibility of companies being part of Dentsu Aegis Network Polska group.

- Digital radio is a technologically advanced response to the increasingly higher expectations of the listeners, especially when it comes to the ability to provide more and more attractive content - says Radosław Kazimierski, a spokesperson for the Polish Radio. - We will be able to offer our listeners a fuller and more varied content. As a result, each member of our audience will have an opportunity to find materials which correspond to his or her needs and interests - adds Mr Kazimierski.

The first of the three parts of the campaign consists of teaser activities involving TV commercials, online activities and a press campaign. From December, 20th to January, 18th fifteen-second teasers will be aired on national and topical television channels: TVP, TVN and Polsat. Press advertisements will be published in "Newsweek", "Wprost", "Polityka", "Gazeta Wyborcza", "Rzeczpospolita", "Dziennik Gazeta Prawna" and the monthly "Press". A banner campaign is going to be implemented on WP.pl, Onet.pl and Interia.pl portals. Radio ads will be aired on all channels of the Polish Radio.

- The biggest challenge in this campaign was translating the complex technology of digital radio broadcasting into a language understandable to the listeners. Hence the minimalist visual form focused first and foremost on a simple message saying that digital radio broadcasting means more space "on the air" for listeners' favourite content which so far "has been crushing together" in the analogue bands - says Maciej Nowicki, Managing Creative Director at Isobar Poland.

Information campaign supporting the digitisation of the Polish Radio is going to continue throughout the year 2015. The strategy, creation and production of video materials, radio ads and key visuals used in the press materials were the responsibility of Isobar Poland. Media presence strategy was prepared by Carat Polska media house which is also responsible for planning and buying airtime on TV. The presence of ads in the radio, in the press and on the Internet is the responsibility of the Polish Radio. The next part of the campaign is planned for January 19th.

The campaign is a part of the communication activities related to the celebration of the 90th anniversary of the Polish Radio.