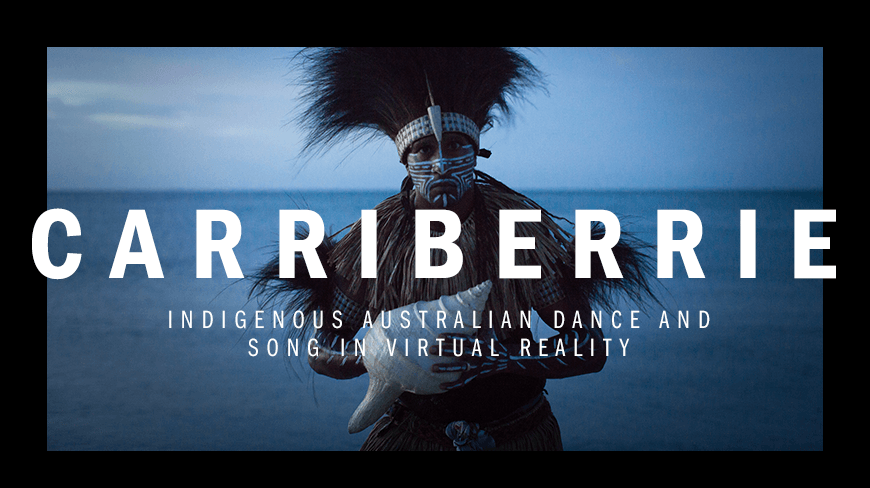 Isobar has partnered with director and producer Dominic Allen to create Carriberrie, a ground-breaking virtual reality (VR) film celebrating the depth and diversity of Indigenous dance, music and song. The world premiere of the 360° live-action documentary will be held tonight (Thursday 22nd February) at the Australian Museum in Sydney.

Narrated by award-winning actor and dancer David Gulpilil, Carriberrie guides audiences across a stunning aray of iconic Australian locations and performances, from the traditional to contemporary.

From ceremonial creation dances in the heart of the Central Desert, to honey gathering songs in the rainforest, bush-punk band The Lonely Boys performing in Alice Springs and Bangarra Dance Theatre at the Sydney Opera House, Carriberrie brings together art, technology and Indigenous performance in inspired new ways.

Dave Budge, Director of Isobar Nowlab in Isobar Australia said the agency was proud to be part of a project that brings Indigenous and Torres Strait Islander performance art to a bigger audience.

“Isobar is committed to Australian arts and culture, and Carriberrie offered a great avenue for us to use our digital expertise in an innovative forum, showcasing a blend of traditional and contemporary dance pieces for the first time in VR. Working with Dom, we’ve been able to truly capture the performances in context, showing the landscape and the country as well as the dancers.”

“For us it’s also a great example of what can be done with VR. We believe in the power of VR for storytelling, for immersion and for giving a sense of presence and of place. This project helps show that in a beautiful way.”

Carriberrie’s award-winning director and producer Dominic Allen said: “The Australian Museum has been a great supporter of the project and I’m thrilled to present the world premiere of the work here, where I feel a kindred passion for exploring, understanding and helping to preserve First Nations cultures.”

Carriberrie – the Sydney language word for “corroboree” – will screen through March as part of Weave, the Australian Museum’s inaugural month-long Festival of First Nations and Pacific Cultures.