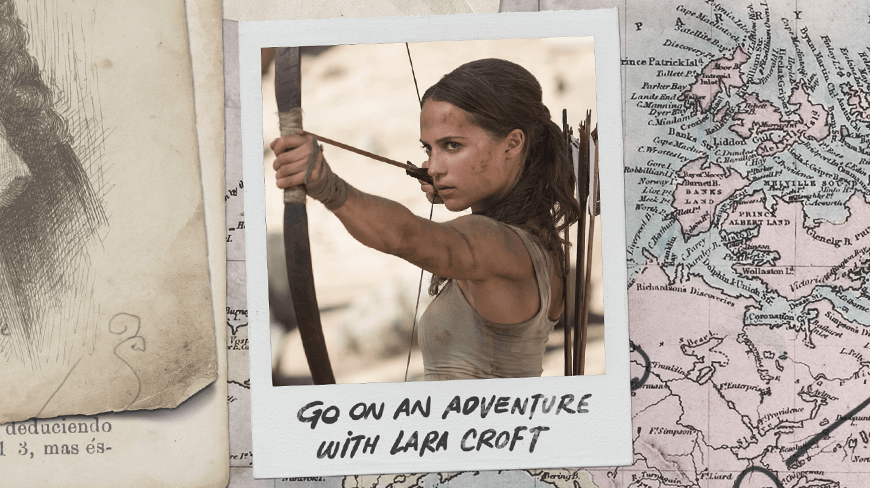 To celebrate the upcoming Australian Release of Tomb Raider—starring Alicia Vikander—Isobar, OMD and Roadshow Films have invited Australians to take part in ‘Raid The Tomb’, where they will walk in Lara Croft’s shoes, solving puzzles and uncovering hidden tombs for their chance to win a South Africa adventure. During the campaign, Australian audiences will be invited to unearth a series of puzzling enigmas across outdoor, press and digital. They will need to solve each challenge to reveal the location of the hidden tomb and the riches inside.

Isobar Australia created this immersive and rich media experience for Roadshow Films to build hype and excitement ahead of the reboot of this popular franchise. The integrated campaign enables players to enter Lara Croft’s world with ease; on the bus, on their lunchbreak or reading their Saturday paper.

Alicia Vikander launched the campaign with a personal recruitment call to Australians to find physical clues, social games and audio encouragement over the next two weeks.

Michael Punton, Associate Creative Director, Isobar Australia said “Gamifying digital and traditional mass media—and having them work in tandem—lets us engage with a broader audience to introduce the new world of Lara Croft in a seamless way. Players get to know the new Lara Croft while experiencing the fun, tactile, puzzle-solving nature of the Tomb Raider franchise”

Emma Ray, Account Director, OMD “Partnering with Isobar to release this film has enabled us to tell a unique story through media which will weave seamlessly with our brand messaging. We’re able to leverage the strengths of each channel to engage consumers and really bring Lara to life”

Age Conte, Roadshow Films Product Marketing Manager, said: “We are very excited about reintroducing the Tomb Raider franchise to Australian cinemagoers. It’s been a long time since the Angelina Jolie days, and times have changed. Alicia Vikander is awesome as the modern-day Lara Croft, so we wanted to do something extra special to bring her to the attention of our diverse audiences. We developed an innovative idea that would engage fans and would-be fans; mixing media and digital to breathe new life into one of cinemas most iconic female action heroes.”

The first puzzle will launch on 6 February at the Croft Holdings Facebook page.