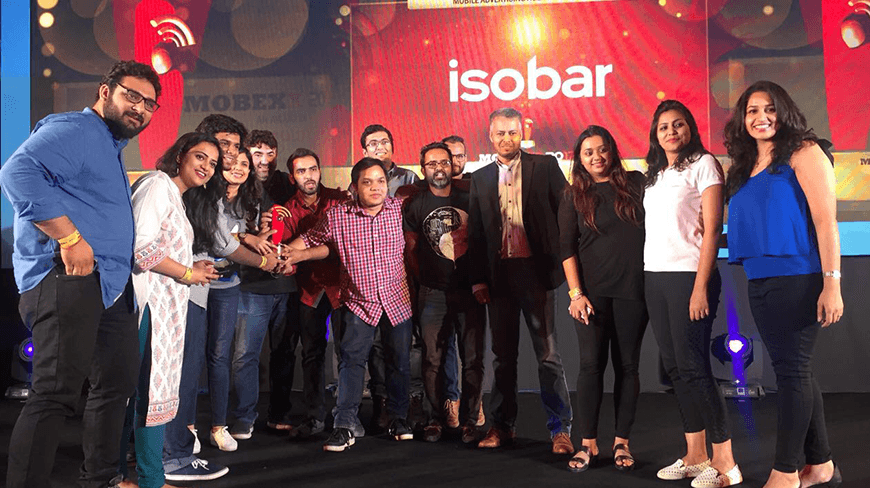 We are proud to announce that Isobar India has won more than 15 awards at the 2017 Mobexx and Drivers of Digital Awards in India, picking up both the Digital Agency Award and Mobile Advertising Agency Award.

The majority of the gongs were won for the work that the agency created for Maruti Suzuki, Mahindra and Mondelez.

The award-winning campaign for Maruti was the World’s First Innovation on Google Maps Platform which involved collaborating with the Google Maps platform to display banners on maps that compared their daily commute expenses to the highly affordable Alto 800. The campaign received a threefold Increase in number of enquiries, double the amount of test drives and a 24% uplift in sales in October and November 2016.

For Mondelez, the team used a ‘never been done before’ approach to launch Cadbury's Marvellous Creations chocolate by using an Augmented Reality interactive discovery game centred around the three elements of the chocolate. The results included a new industry benchmark of 2.23% engagement rate and over 80% game completion rate.

Finally, for leading India car manufacturer, Mahindra First Choice wanted to drive awareness about subsidized tractor loans among potential farmers. Isobar India achieved this by identifying farmers who used Green SIMs which is a special SIM card provided by telecom operators. The campaign resulted in 270,000 successful calls with over 17,000 leads generated in the first phase.

The awards were selected by a panel of judges from across the industry based on their work in categories covering the most important aspects of mobile advertising such as strategy, organisation, format and use of channels.