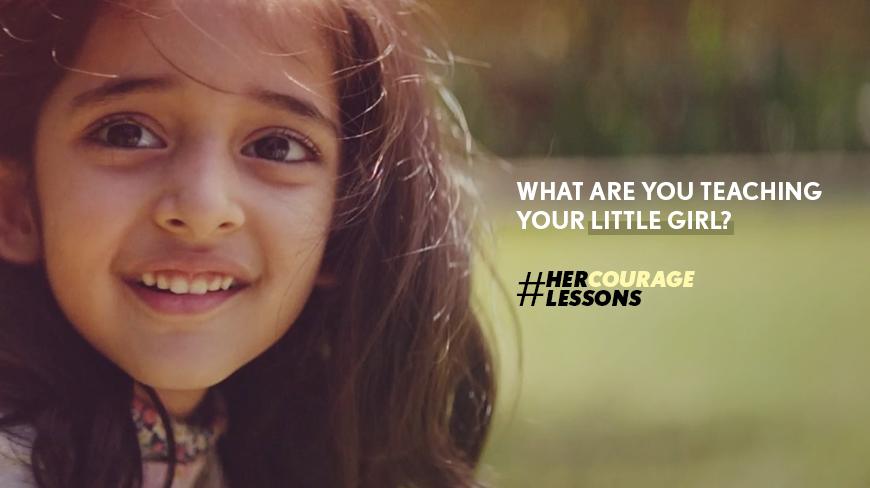 #HerCourageLessons, the latest campaign by Isobar India, the digital agency from Dentsu Aegis Network, for MySchoolReviews.com, a school listing and reviewing website, is making parents question the way they are raising their girls.  Parents, with love and care, are also unknowingly teaching fear to their daughters through their statements and actions. “Avoid going to certain public spaces”. “Don’t wear certain types of clothes”. “It’s not nice to talk back”. These statements come rightly under a blanket of concern, but inadvertently, what they also do is instill fear in girls.

According to a 2018 report by Save The Children, a global non-profit organisation, more than 63% of parents in India teach fear to their daughters. #HerCourageLessons urges parents to relook at the lessons they are teaching their girls from a young age.

The campaign has been launched with a series of 3 films. Taking influence from popular children’s rhymes, each film throws light on a prevalent fear that parents unintentionally pass on to their daughters. Every film ends with a call-to-action, urging viewers to give a missed call on 95121 04443 to start courage lessons for their daughters. The campaign also rests on www.hercouragelessons.com.

Links to the Film:

On giving a missed call, every parent receives a set of 26 Letters of Courage on their WhatsApp. These Letters of Courage are essentially the alphabets of the English language, with essence of courage. Crafted especially for parents, these letters help them learn the ABCs of courage that, in turn, can be used to teach their daughters.

Talking about the campaign, Lalit Mehra, Co-Founder and Managing Partner of MySchoolReviews.com said, “Being courageous is the need of the hour for every girl. As responsible custodians, it is our duty to teach every girl in India to be fearless, confident and strong. Through #HerCourageLessons, we want to prove that teaching courage to daughters from a young age is possible.”

Speaking about the campaign, Gopa Kumar, Executive Vice President, Isobar India states, “I believe it’s a fantastic initiative by MySchoolReviews.com to bring out the prevalence of unintentional fear training by parents at large. We may not notice it but it is prevalent and is deep-rooted in what we teach to our girls. We need to move out of this and start teaching courage to our daughters so that the next generation is fearless and is not conditioned in stereotypes. Through a series of brand videos, #HerCourageLessons intends to raise awareness about the same. Along with Alexa skills, other unconventional techniques are being explored to push this message across to parents.”

On the launch of the campaign, Anish Varghese, National Creative Director, Isobar India states, “This International Women's Day, we do not want to discuss the lives of only a few girls. Rather we want to create impact on an entire generation. And all of this starts with a simple question to parents who are raising their girls - What are you teaching them - fear or courage? Data says that more than 63% of parents unknowingly teach fear to their daughters through their statements and actions. To make them aware of this, we twisted the very first lessons that kids learn and remember when they get old – the nursery rhymes.  The happy visuals in the films show that teaching is unintentional while what you hear will take you by surprise. #HerCourageLessons, powered by MySchoolReviews.com, urges parents to re-look at the lessons they are teaching their girls from a young age so as to raise the brave girls of tomorrow.”