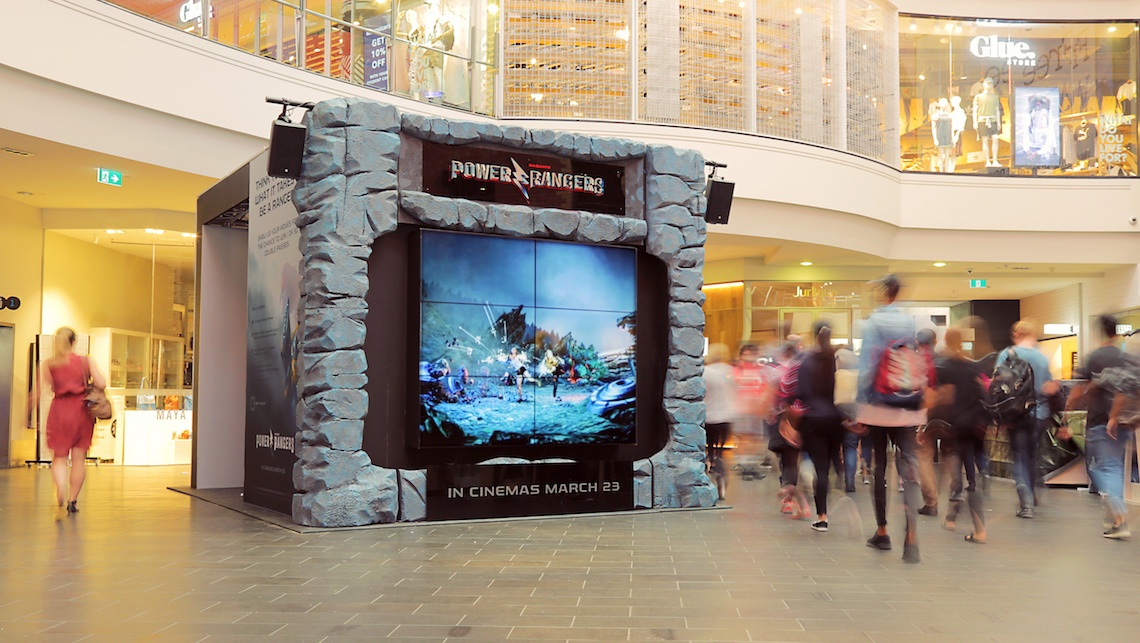 Conceived by Roadshow and Isobar, and with the help of production company Airbag and activation partners Republic Events and MKTG, the AR activation can be experienced in Sydney and Brisbane in the lead up to the film.

In its first iteration, this stylised open-world portable movie studio transports you to the Power Rangers world. #RangerTraining places you in a 3D training simulation where you battle it out against rock monsters, collect the Ranger coins and unleash the zords.

“This reboot isn’t the Power Rangers you think you know, and we needed to show that. So we created an opportunity that allows fans to see if they have what it takes to be on the team.”

Drawing on key aspects of the Power Rangers’ story, this immersive AR experience started in Melbourne Central (VIC) over the weekend from March 10 – 12, before heading to Macquarie Centre (NSW) over the next few days March 15 – 18, and finally Pacific Fair (QLD) March 21 – 23.

Once inside, players see themselves in the Power Rangers world and play along on the internal screen setup. While putting their skills to the test, the public can peek inside via the external screen configuration.

To be able to capture every rock and bump in the landscape, the environment is flooded by short bursts of infrared light with over 200,000 measure points captured by the infrared camera. This data is then used to create a 3D model that informs the virtual environment. Once inside, the user experiences all the tangibility of real-life ‘Ranger Training’.

Players can also upload their best #RangerTraining moves to Instagram for the chance to win tickets to the film.

Bel Boyce, Product Marketing Manager at Roadshow Films, added: “Roadshow Films is excited about the opportunity to feature new and exciting ways to attract the audience. The use of AR technology gives people the chance to feel they are part of Saban’s Power Rangers through interaction in real-time.”

#RangerTraining is just the first iteration of this Roadshow-exclusive AR platform, with a real opportunity to tailor different stories and experiences as new movies are released throughout the year.