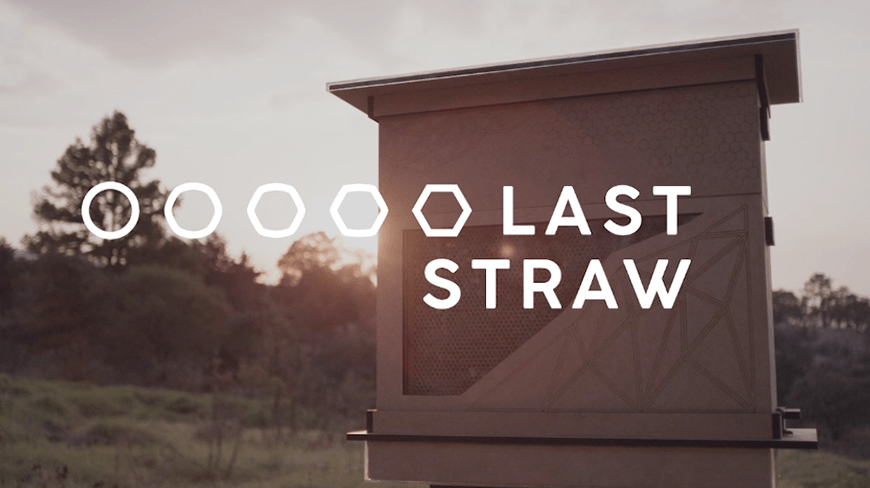 Watch the case study video below.

‘Last Straw’ is a product innovation has launched to help preserve Apis Mellifera - the most important bee species in the world for human food. Created by creative digital marketing agency Flock Linked by Isobar, Mexican honey brand Son de Miel, and  digital production company Praxlab, the beehive prototype is made from reused plastic straws to create artificial honeycombs. This initiative suggests repurposing the plastic straws as bee cells, resulting in less work for the bees, so they can focus in the colony’s reproduction.

David Zacarías, GCD in Flock Linked by Isobar, the agency that came up with the idea said, “The drastic reduction of pollinators, such as bees, puts 75% of the crops in the world at risk. The Last Straw project goes beyond the creation of the beehive – it invites people to stop using straws altogether. Dozens of restaurants in Mexico have already engaged with this initiative, pledging to stop offering straws to their customers, and thousands of people have given us their “last straw” for the creation of the prototype”.

The idea was centred around how essential bees are to preserving life and pollinating flowers, and how humanity is facing a stark reality: one in every three portions of food that we eat now could disappear because of the lack of pollination. To contribute to the eradication of straw pollution, ‘Last Straw’ calls upon restaurants and consumers to stop using straws, pointing out that each one takes up to 200 years to biodegrade, causing irreparable damage. The project also makes an effort to recollect straws in polluted areas to give them a second life.

Gabriela Esqueda, from Son de Miel said “There is an ancestral relationship between bees and humans, particularly with bees that live in beehives. For us, Last Straw is an invitation to change our consumption habits as we stop using straws, and, at the same time, to look for options to help the beekeeping crisis”.

The Isobar team in Mexico discovered that the most commonly used straw has the same diameter as the diameter of honeycomb cells.

Felipe Mantilla, who is in charge of digital production of the hive and partner of the company Praxlab said, “There is an amazing coincidence: it turns out that the diameter of the most commonly used straw is the same diameter of Apis Mellifera honeycomb cells.”

The team partnered with the honey brand Son de Miel, and brought together specialized academics, beekeepers and industrial designers to ensure the feasibility and technical specifications that the new hive had to have.

The team’s joint efforts led to the discovery that straws are made from polyethylene plastic, the same material used in the manufacturing of artificial beehives, which means that bees are more likely to accept and adapt to this material. In addition, to avoid any presence of external microorganisms that could affect Apis Mellifera, every straw is sterilized before being used in production.

After just a few days of the beehive implementation, bees displayed important signs of acceptance to the materials and how they were applied. After the trial stage, the goal is for the final prototype to be available free of rights so that it can be replicated anywhere in the world under the concept of open source. The blueprints for the hive and honeycombs will be available for download at www.laststraw.lat

Michell Halley, member of Son de Miel, “Son de Miel is an eco-responsible company, and we invite people to stop consuming single-use plastic, but in the meantime we want to make sure the discarded plastic is used to help instead of pollute.”