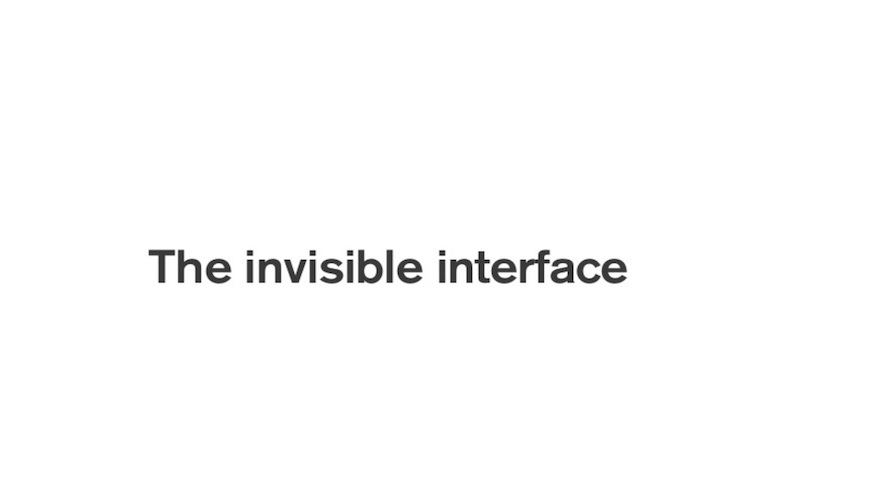 Why type it when you can say it?

The computer, in its many guises, has fundamentally altered the way in which we operate as a society.

And since its inception, developers and user interface (UI) designers have been working to ensure we can use them faster, more efficiently and along natural lines.

The advent of the mouse enabled people to navigate a computer faster, for instance, whilst touch screens have further reduced the barrier between humans and machines.

The challenge, for UI designers, has predominantly focused on finding new ways to bring technology, the brain and people’s fingers into perfect harmony.

But the UI community is now facing a new challenge.

The rate of technology growth is increasingly exponentially, rewiring the brain to think in new – not always to the benefit of society – ways that complement the use of said technology. However, our fingers – the physical connection to this technology – are being left behind.

And here lies the reason why we’ll learn to embrace new interfaces in the future.

Our fingers, and since the launch of the smartphone our thumbs, are increasingly limiting our ability to communicate with one another in the most natural, frictionless way possible.

In a nutshell, we have a bandwidth problem.

Typing, in the long-run, will therefore likely become less prevalent as our relationship with technology becomes more entwined. Why type it when you can say it, think it.

This isn’t a new dynamic. Predictive text and emoji’s are two tools that have grown in popularity due to our need to communicate a lot of information quickly.

To date, however, the technology required to deliver more natural means of communication has been limited and us humans we only let go of something (a) when we really must and (b) when something better comes along.

Voice-enabled technology is the first indication that this change is afoot, with products like Amazon’s Alexa-powered Echo and Google’s smart speakers a massive hit.

I recently spoke to 200 students at King’s College London, to get their view on this shift and asked them if they’re increasingly using voice notes on WhatsApp to communicate with one another. Hands shot up.

“It’s easier to say it rather than type it,” is something I’ve heard many times from those in younger demographics. This type of communication reclaims an intimacy that is usually lost through online.

As businesses are finding, authenticity is an important reason why people are shopping with certain brands over others, if you’re not offering convenience. And what’s a more appropriate medium to convey authentic emotion than your voice.

There are many other interfaces emerging that, though in their infancy, will likely become more prominent in our lives in the years ahead.

Interfaces powered by gestures, gaze, smell and even brain activity, to name a handful. The end game is the complete disappearance of interface altogether – or what is known as ‘Zero User Interface’.

In the words of Microsoft’s Bill Gates, interfaces that can be used in "whatever way is most comfortable and natural for us".

For brands and retail executives, many of whom are still trying to get to grips with ecommerce, this world is far removed from their day-to-day. But it’s a reality that’s coming in some shape or form and one that will require new strategies, makers and inventers.

Brands and retailers that adapt quickest will likely see greater wins than those who were first to nail ecommerce.

Why? Because the end of interface means that the point of inspiration and transaction will be closer than ever.

To hear more about the future of interfaces, email us at HelloIsobarUK@isobar.com to speak with Alex.