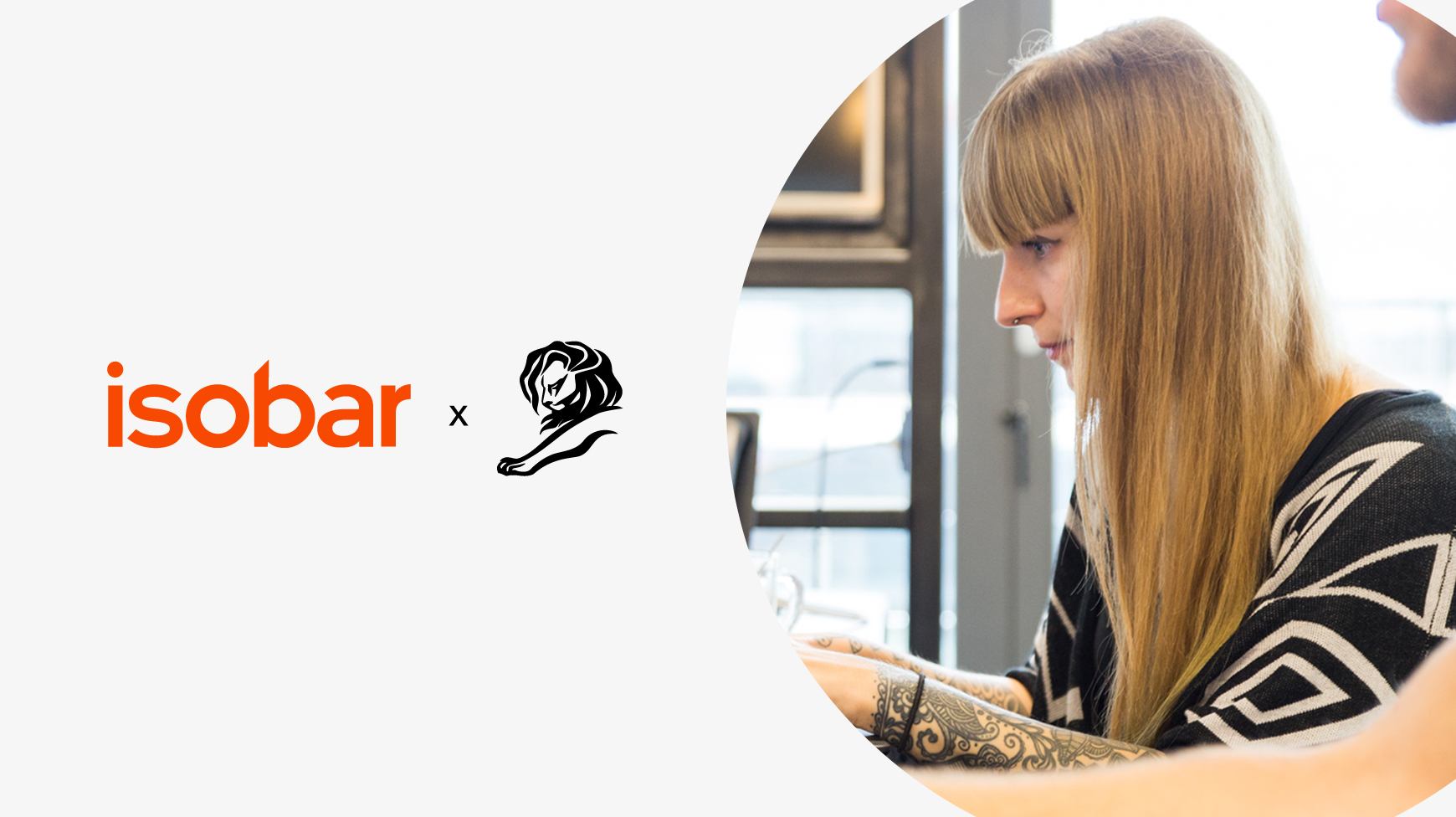 Isobar’s Young Lions Battle it out in Prestigious Creative Competition

Cannes Lions Festival of Creativity - the world’s biggest for the creative and marketing communications industries - includes a powerful stage programme, prestigious awards show and is surrounded by a host of events from media, technology and holding companies. It also includes a young lions competition - and this year, both Isobar Hungary and Isobar Greece are representing the agency.

Isobar Greece’s Leonidas Anagnostou and Michael Kirkitziotis and Isobar Hungary’s Rita Eperjesi and Gábor Ott will join the coveted Digital category and compete against other young lions with their ideas for an integrated, digitally-led campaign in just 24 hours.

The pairs were awarded a trip to the festival after being crowned winners of this year’s Young Lions local competitions. They were briefed by a charity or NGO about their digital challenge and they had just 24 hours for to come up with creative insight and explain how their digital solution uses a maximum of three social media platforms in new and exciting ways to move the brand forward. These ideas were be judged by a selection of industry experts before the winner will be crowned live at the festival.

Gábor has worked at the agency for 2 years now as a copywriter, and Rita has worked as a Junior Art Director for one year, and they gave an insight into the brief and their idea:

“The brief was to encourage the old citizens of a fictional small Hungarian village to give a try to this thing, called the internet. We had the idea not to teach the digitally illiterate to “read”  and struggle with small screens. Instead, we created Buksi, the AI shepherd dog, Buksi, who is a voice assistant helping to navigate in the world of infinite information. As Hungarian is a weird and complicated language and Hungary is a small market, big companies are not really interested in developing a proper Hungarian voice assistant, but here comes Buksi in the picture. It is a prototype, and its machine learning algorithm is learning the language with the help of the elder people, and it constantly evolves with the dataset their conversations provide. So Buksi teaches how to use the internet to the elder people, and elder people tech Buksi to speak Hungarian in their way.”

Michael has worked for Isobar for 3 years as a Designer and when needed and Illustrator, and Leonidas has worked as a copywriter in Isobar Greece since November 2015, and also shared their an overview of their winning idea:

“I found this years brief really really interesting and had great fun trying to solve its puzzle. Our idea was Instatamagotchi. An app that installs a little pesky pest in your device (mobile or desktop) that consumes your social media usage. Feed it too much and stuff happens! You can check out more here ”

The teams also shared their hopes for what will win in Cannes this year more broadly, Rita explained;

“We hope a project with a real social impact using some cool new technology will win. In advertising we have a great skill set to sell ideas, we believe we should be more conscious and put more effort into communicating things that are actually making the world a better place. And we are in the 21st century, we have crazy technologies we can create magic with, let’s not be afraid of using them! 😊”

And Leonidas gave his view on the work that should be awarded at the festival “For me, this year’s winner was the banned ad - Iceland’s Rang-tan. Meaningful ideas survive.”

Interested in taking part in Young Lions next year? Let us know!