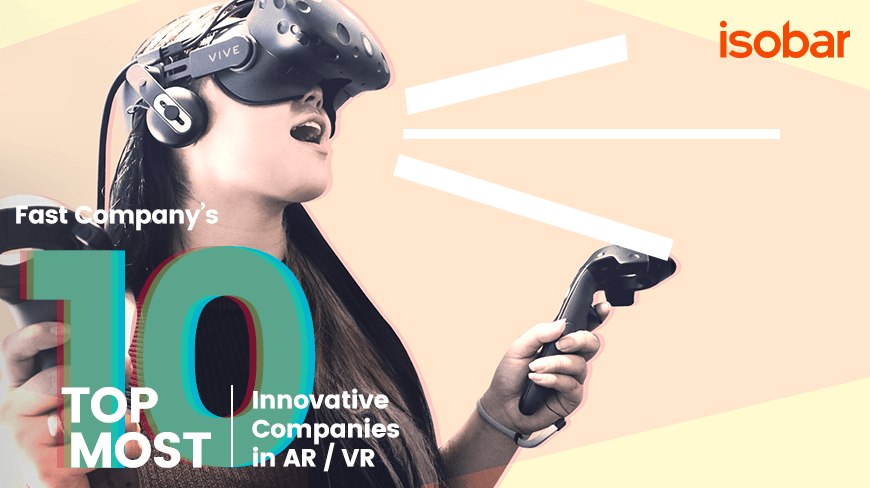 Most Innovative Companies is Fast Company’s signature franchise and one of its most highly anticipated editorial efforts of the year. It provides both a snapshot and a road map for the future of innovation across the most dynamic sectors of the economy. “This year’s MIC list is an inspiring and insightful window into how many companies have embraced innovation and are working to make meaningful change,” said Fast Company deputy editor David Lidsky, who oversaw the issue with senior editor Amy Farley.

“Being recognized as one of Fast Company’s Most Innovative Companies in augmented reality and virtual reality validates our efforts to push the boundaries in ways that lead to more and better VR/AR experiences,” said Geoff Cubitt, CEO of Isobar US. “With our VR/AR Emotion & Behavior Measurement and Analytics platform we’re able to help clients deliver more compelling experiences and enable measurable: therapeutic, training, decision making, marketing and entertainment value.”

Fast Company’s Most Innovative Companies issue (March-April 2018) is now available online at www.fastcompany.com/MIC, as well as in app form via iTunes and on newsstands beginning February 27.