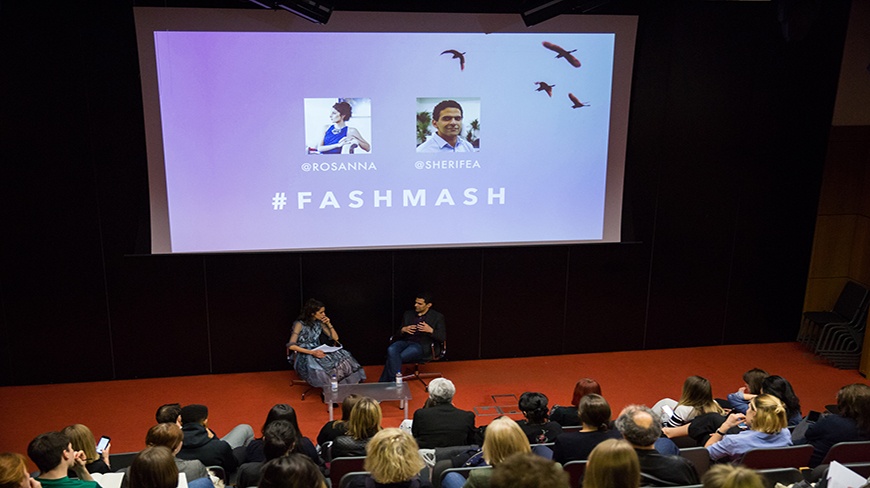 FashMash Pioneers: The Coming Age of Automation with Amnesty International

Partnering with Isobar, FashMash Pioneers is an annual programme of monthly talks in which the world’s brightest minds dissect the future of technology.

Sherif Elsayed-Ali is the founder of Amnesty International’s programme focused on the impact of new technologies, and in particular artificial intelligence, on privacy and freedom of expression on the internet.

The conversation focused heavily on the ethical considerations concerning the use of personal data by brands and retailers, and how the application of new technologies is impacting on people’s human rights.

Facing the Consequences of Technology

In the wake of the Cambridge Analytical scandal, Elsayed-Ali began by explaining that 2018 will mark the year in which we, as a global society, came face-to-face with the human consequences of rapid technological change.

This view chimes with Isobar’s own perspective on the ethical dilemmas posed by ‘big data’ and other emerging technologies. As technological capabilities develop, the need for strong checks and balances will increase proportionately if businesses are to meet public expectations around transparency and self-determination.

Elsayed-Ali founded his department in light of the Snowden revelations and believes that the Cambridge Analytica scandal is sending similar shockwaves through society.

Falconer, as chairperson, reiterated this sentiment by suggesting that many consumers are starting to question whether technological advancements really are for the greater good.

“We, as a society, should be taking more responsibility for our own privacy and personal data,” noted Elsayed-Ali, referencing Cambridge Analytica’s data misconduct as just the tip of the iceberg.

“Data is just like technology. It’s neither good nor bad, it’s what you make of it.”

New frontiers in data are opening the door to increasingly personalised interactions between consumers and brands across a host of sectors.

It’s Elsayed-Ali’s view that, as well as reviewing terms of consent more thoroughly, consumers need to start asking searching questions such as where is the information coming from and how is it being used?

With this in mind, the pioneer posed a question to the audience: “Has anyone read the terms and conditions for Facebook or Twitter? It’s rare. We just agree to it. This relationship is not transparent and it needs to change”.

A Shift in Consumer Consciousness

What we are witnessing is a shift in consumer consciousness around personal data, with people increasingly demanding more information from businesses on the data they hold on them.

Brands and retailers will need to embrace this demand for self-determination in a spirit of generosity and reciprocity as consumers seek a sense of reward and participation from their interactions with businesses.

Elsayed-Ali noted that the impact of the new General Data Protection Regulation (GDPR), effective from May 25th 2018, will be considerable, explaining that it “puts the onus on explaining things that, to date, have only been detailed in long terms and conditions”.

For brands and retailers, GDPR presents an opportunity to build, or in some cases re-establish, trust and loyalty by optimising processes and enhancing the way they interact with their customers.

The next FashMash Pioneers talk takes place on the evening of 16th April, with Bolt Thread’s CEO and co-founder, Dan Widmaier speaking about bioengineering sustainable fabrics.