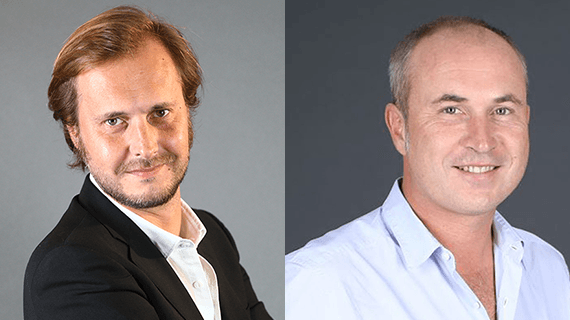 Isobar is increasing its management committee

Nicolas Fraudreau: "Joining Isobar is the opportunity for me to get back into manufacturing of great brand platforms with creation. My experience at Carat means that I can knock down the barriers between media and creation, and between offline and online.

One key aim: to mark out a new playing field for brands whose central thinking does not divert away from the famous 30’’, but focuses on what people do, something that is of course, increasingly digital. Ultimately, joining Isobar will also give me the opportunity to develop within a group, Dentsu Aegis Network, which shares the vision of integration and is ever-expanding. At Isobar, I will be in charge of brands that I was already dealing with at Carat; Adidas et Société Générale, and will also focus on pitches".

The co-founder of the mobile marketing agency Lesmobilizers, taken over by Isobar in 2014, Loïc le Moaligou is being appointed Deputy Managing Director responsible for Mobile and E-commerce Strategies at the agency.

Loïc le Moaligou: I joined Isobar in 2014 when Lesmobilizers, that I co-founded, was taken over. 1 year after joining the Isobar teams, we believed with Sabina Gros that there was an opportunity to develop E-commerce expertise, especially focusing on mobile devices. Mobile is not a digital medium that must be set aside in dread, it is central and constitutes an extremely powerful way of bringing brands, consumers and names together. The model is one of the levers of "Brand Commerce", future trade according to Isobar.