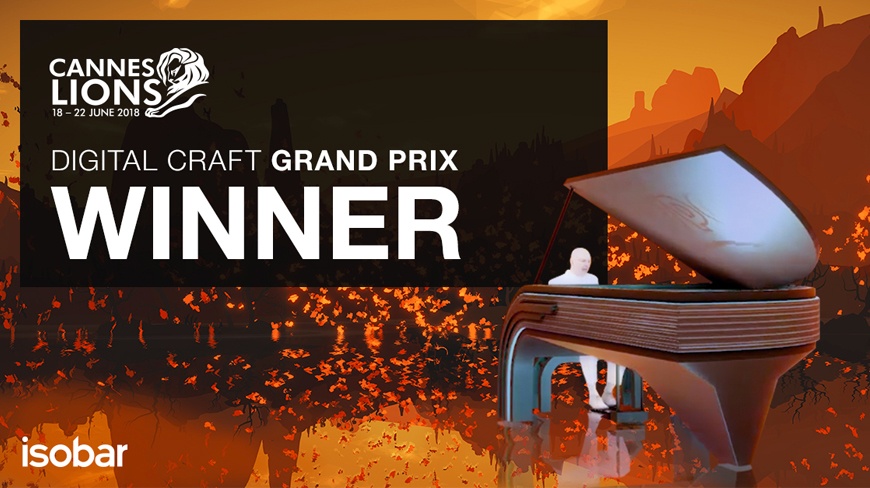 Directed by David Liu and Rob Ruffler, the powerful content was designed as a fully immersive and participatory VR experience, and 2D video was filmed within the VR experience using Cinemachine, a new software tool from Unity, a creation engine.

The 2D video was filmed inside the 3D VR world and was imagined by San Francisco artist Danny Bittman using Tilt Brush and Blocks from Google, and brought to life by entertainment network Viacom and the Isobar US team.

"Aeronaut demonstrates how virtual reality can make an impact beyond headsets,” said Rob Ruffler, co-Director. “In a world where the head-mounted display is the best available screen, music fans need not miss out for lack of access to the latest technology."

“It is extremely humbling to be considered, much less win the prestigious Grand Prix,” said David Liu, co-Director. “We’re grateful to be recognized for this innovative, adaptive and constantly-evolving music experience in VR, and hope that this will inspire many more spatial music experiences to follow."