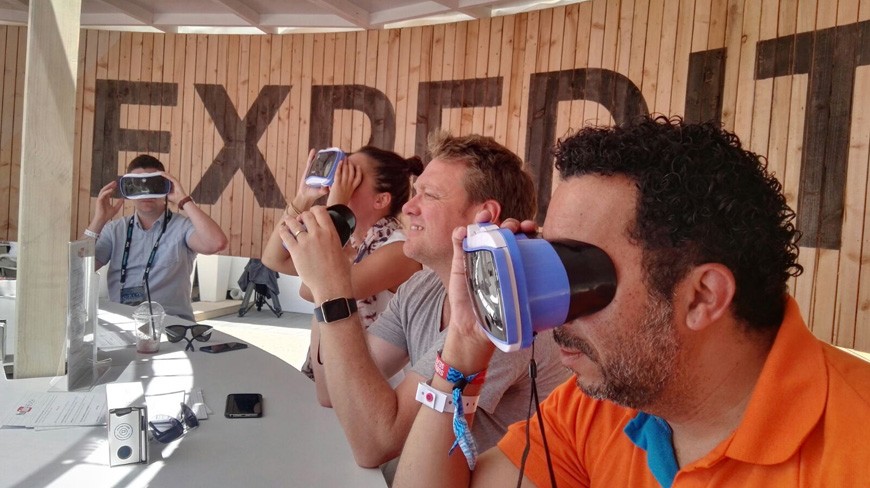 VR is much more than games and videos

V and R are probably the two most pronounced letters here in Cannes. And it is not for nothing. Virtual reality is a powerful new media, with almost infinite possibilities. And the best is a technology that is about to become popular quickly.

However, we - marketers and advertisers - have a tendency: to adapt things we already do every time there is a media or new technology. And that's exactly why the discussion of VR, at least for now, comes down to two old acquaintances: the games and videos. So I'd like to share a few thoughts about experiences in VR brands:

We have to be very careful with advergames. At first they may even surprise people, the same way that many brands have been successful with games for smartphones before the major studios come to assert that market. I say this because Sony will launch very soon the PlayStation VR with incredible games and the comparison is inevitable.

Another point is that 3D audio is as important as what one sees. To get an idea, in the lecture of Dr. Richard Marks, PlayStation Magic Lab, he confirmed that his audio crew has the same number of people that the visual effects team. But perhaps most important of all for brands it is that the logic should be more to create experiences platforms than creating a timely VR video for a campaign.

Of course experiences in VR are much more than just games or videos. And they go beyond the marketing universe. I confess I am anxious to get to see more innovative uses of this media in the coming months. In medicine, for example, they are already testing the use of virtual reality to treat patients with trauma and phobias. The potential application of technology to education is huge, especially when it happens the popularization of streaming content in VR.

In short, another revolution is just beginning. One of the many revolutions that we will witness in the next decade. I do not know you, but I'm loving it.