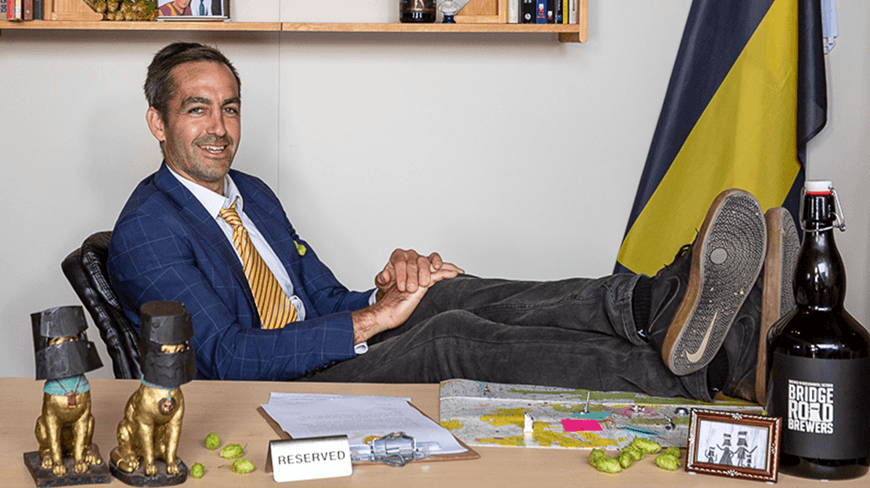 The establishment of Brewland coincides with the start of Australia’s premier craft beer festival Good Beer Week today. The Brewland campaign was created, built and delivered by Isobar Australia, who have worked with Bridge Road Brewers since 2005.

The campaign invites people to take a stand against multinational corporations controlling Australia’s popular pubs, bars and bottle shops through tap contracts and supply agreements, by becoming a citizen of Brewland.

Ben Kraus, Bridge Road Brewers Founder and newly appointed President of Brewland, said “We love Australia, but it’s time we did our own thing. Working with Isobar, we have declared our own sovereignty to make sure our beer stays truly independent and accessible.  Brewland will be a place where beer and quality comes first, and where creativity and innovation can thrive.”

Erik Hallander, Managing Director at Isobar, said “Bridge Road Brewers and Isobar have been friends for a long time and this piece of work has been an awesome experience for everyone involved. Working with Haystac to bring this to life has made it an excellent integrated effort across the network. We’re all pumped to watch Brewland establish its sovereignty over the coming weeks, to champion incredible Australian craft beer.”

The borders of Brewland are open to everyone, with customers able to show their support for independent brewing by becoming a citizen at visitbrewland.beer.

In recognition of their support of Brewland, new citizens receive a citizenship certificate, which can be taken to the Bridge Road Brewers grounds during Good Beer Week (May 10-19) for a free pint.